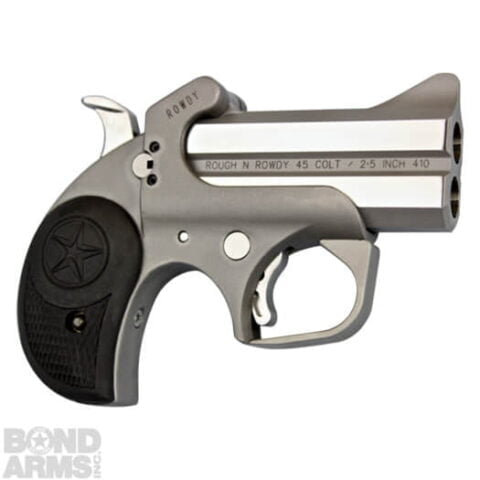 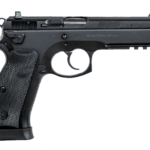 History’s Original Pocket Pistol. In 1854, American gunsmith Henry Deringer invented the large caliber, short pistol that would make him wealthy and famous. Even though Deringer never claimed a patent for his handguns, the rampant copying of his designs led them to be deceptively marketed as a “Derringer” (note the use of two r’s). In an ironic twist of fate, the misspelled name stuck as the generic designation for this iconic pistol.

History’s Original Pocket Pistol. In 1854, American gunsmith Henry Deringer invented the large caliber, short pistol that would make him wealthy and famous. Even though Deringer never claimed a patent for his handguns, the rampant copying of his designs led them to be deceptively marketed as a “Derringer” (note the use of two r’s). In an ironic twist of fate, the misspelled name stuck as the generic designation for this iconic pistol.

The flagrant copying of Henry Deringer’s guns became so blatant that one company even hired a tailor named “John” Deringer just to roll-stamp the famous moniker on their counterfeit guns. Nevertheless, the public bought the genuine article as fast as the real Deringer company could produce them. Sadly, the gun would also garner the wrong kind of notoriety when John Wilkes Booth used a Philadelphia Deringer to assassinate President Abraham Lincoln in Ford’s Theater on April 14th, 1865.

Bond Arms, Inc. is a modern day company located in Granbury, Texas. The company’s high quality Derringers are made out of a heavy duty machined stainless steel that perform as good as they look. This historic over-under handgun has been given several clever and unique engineering upgrades over the original configuration.

At the heart of the design lies an ingenious interchangeable barrel system. At present, there are over 25- different caliber and barrel length combinations that will transform this gun in a matter of seconds. From .22LR to .45LC, the conversion is easy. Using a 1/8″ Allen wrench, simply unscrew the existing set of barrels and replace it with a new one.

The Bond Arms Texas Defender is a hammer driven, single action hand cannon chambered to fire either .45LC or .410 gauge shells. With this potent combination of self- defense rounds, it’s almost like running the bad guy over with a Mack truck.

The versatile applications and sheer power that the handgun delivers are impressive. From a portable snake or trails gun loaded with #8 birdshot, to a point blank self-defense handgun loaded with 4- pellets of 000 buckshot, the Texas Defender can chamber 2.5″ .410 gauge shotshells. The 300- grain .45 Long Colt needs no introduction and when called upon, is capable of handling any task– no matter how large or small.

Bond Arms has a sturdy trigger guard that really separate it from the competition. Unlike other Derringer designs, which can be a little unnerving carried loaded in the front pocket, the Texas Defender is equipped with an excellent crossbolt safety with retracting firing pins that make it extremely safe.

The hammer automatically rebounds to a blocked position– which is positioned well off of the firing pins. The trigger releases the hammer with a 6-to-7.5lb trigger pull. While admittedly this is somewhat stiff, a match grade trigger is not exactly what you want on a pocket pistol designed to operate at point blank range. The trigger is single action only, which means that the hammer must be cocked backed manually to fire each shot.

A rounded bird’s head grip provides a solid two-finger grip and is fitted with a set of handsome checkered Rosewood panels. The brushed stainless steel finish wears well and is resistant to marring. An over/under double barrel selector rotates back-and-forth each time the hammer is cocked. The sight system consists of a fixed blade front paired with a notch type rear.

One of the most unique and user friendly features on the Bond Arms Texas Defender is its spring loaded cammed locking system. With a simple flick of the thumb, the barrels effortlessly open for convenient loading or unloading. Other Derringer designs are all based off the old Remington model 95, which require a tedious two-hand grip to be employed, swinging a release lever full circle while manually pulling the barrels around.

The gun has a 3- inch barrel, weighs in at 20 ounces unloaded and has a manual extractor. For service or repair, it is backed by a manufacturers lifetime warranty. Overall, the Bond Arms Texas Defender is built like a brickhouse, is brilliantly engineered and well equipped to provide several lifetimes or reliable service to its owner.